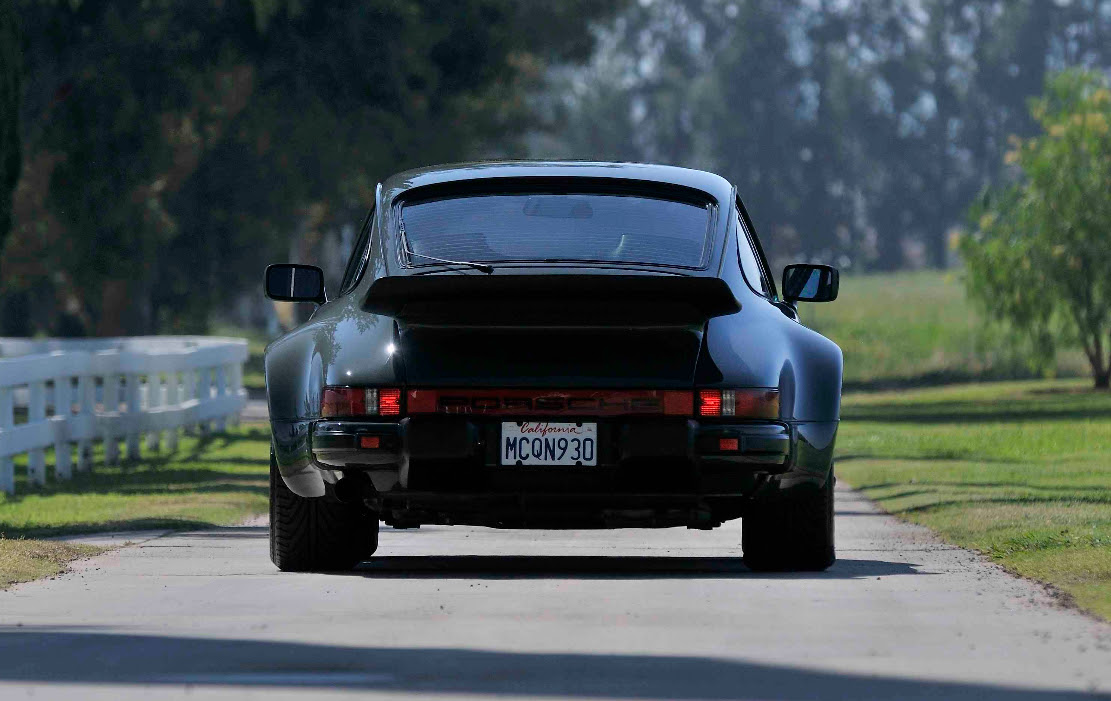 WALWORTH, Wis. – July 14, 2015 – The very last car special-ordered by The King of Cool—the late mega movie star Steve McQueen—will be offered for sale at the Mecum Daytime Auction in Monterey this Aug. 13-15 at the Hyatt Regency Monterey Hotel and Spa – Del Monte Golf Course. A portion of the proceeds from the sale of the 1976 Porsche 930 Turbo Carrera will be donated to McQueen’s alma mater, the reform school Boys Republic.

“This car is rich in history,” says McQueen’s son Chad. “This is the last of the McQueen cars, really. That’s known. That’s real.”

McQueen’s untimely death in 1980 at age 50 made this 1976 Porsche 930, chassis 9306800408, the very last of his special-order cars. His insatiable and notorious need for speed and his affinity for fine automobiles meant always having the best sets of wheels, and his Porsche 930 is no exception. Capable of producing 234 HP at 5,500 RPM, the matching-numbers four-speed car came equipped with the rare early production non-intercooled 3.0 liter engine, no. 6860413, with Bosch K-Jetronic fuel injection and was special ordered from Bob Smith Porsche in Hollywood. McQueen specified that the car be delivered wearing Slate Gray with a sunroof, dual mirrors, limited-slip differential and black sport seats. But as fine as the car was when delivered, McQueen had even more in mind for it.

“My dad had little things done to it,” Chad says. “Like on the dashboard, he had a switch put on so it would kill the rear lights in case he was being chased on Mulholland Drive.”

Whether being used to outrun police or not, the 930 was and still is a desirable vehicle, and McQueen wasn’t the only notable owner of this handsome Turbo; it also passed through the hands of other Hollywood successes including movie producer and writer Floyd Mutrux, as well as singer Dean Martin’s son—actor Dean Paul Martin.

Offered with a Porsche Certificate of Authenticity, extensive service records, the original owner’s manual, original tools and original sales brochures, this 1976 Porsche 930 Turbo—the last of the McQueen cars—will serve as an excellent centerpiece in the collection of its next caretaker. And not only will the new owner be obtaining a stunning piece of automotive and movie-icon history, they will also be giving back to a school that’s changed the lives of countless troubled youth, including the King of Cool’s.

To view the complete description of McQueen’s Last Special-Order Porsche or to register as a bidder, visit Mecum.com. Bidder registration is $100 and can be completed in advance online or on-site at the auction. The Mecum Daytime Auction in Monterey is open to buyers, sellers and spectators with general admission tickets available at the gate for $25; children 12 and younger are admitted free of charge. Portions of the auction will be broadcast live on NBC Sports Network with a stream of the entire event presented on Mecum’s website. For more details on the auction, to consign a vehicle or to register as a bidder for this and all Mecum auctions, visit www.mecum.com or call (262) 275-5050.